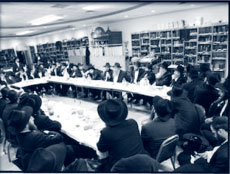 I haven’t written about nigleh for awhile, so I wrote a little nigleh today, I hope everyone is interested in kiddushin.